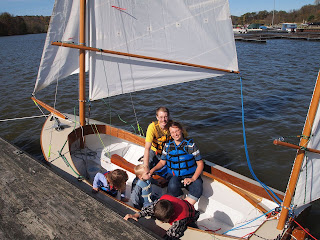 Congratulations to Wayne and Maria Johnson, and their children Patrick, Elaina, Gabriel and Blaise on the latest addition to the family, their newly launched Navigator "Good Enough" which looks far  more than "Good Enough" to my eye!  And Wayne, what could make for a better 30th birthday present than a picture perfect day to enjoy their first sail aboard their beautiful new craft!  Thanks for sharing your adventures with all of us on your blog, and here is wishing you and your family many exciting adventures to come!
Posted by Joel Bergen at 9:53 PM No comments:

Saturday October 15 was Small Boat Saturday at Cama Beach State Park on  Camano Island, WA.
This free end-of-season gathering had small boats on display both on land and in the water plus skills demonstrations and talks led by professionals. The event was hosted by Seattle's Center for Wooden Boats and the Puget Sound chapter of the Traditional Small Craft Association.

We launched our boats at Camano Island State Park at 11:00 and had a terrific, but short, two mile sail North to Cama beach.  The 10 mph winds and the tide were against us, but the sun was pleasantly warm for a mid October day. So enjoyable that I began to wish the sail was much longer than only two miles!


I arrived at Cama Beach less than an hour later set anchor.

Long term subscribers to Small Craft Advisor magazine may recall a series of articles in 2007 and 2008 (issues 47, 49, 51 - 53) written by Jan Nicolaisen as he built a Core Sound 17.  This Core Sound was later purchased by Randy Jones, president of the Puget Sound chapter of the TSCA. Here you can see glimpse of Randy's excellent seamanship skills.  Randy recently returned from a weeklong trip to the San Juan islands.  He sails his Core Sound everywhere without the aid of a motor - something I wish I could do. Well done Randy!


Off to look at the boats!
First to catch my eye was this adorable little lapstrake dinghy, traditionally built by the NW School of Wooden Boat Building. Well done! 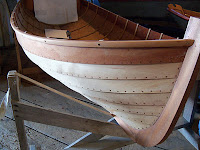 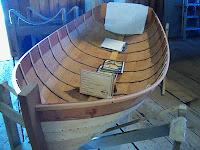 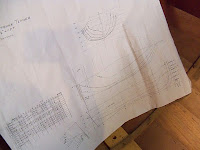 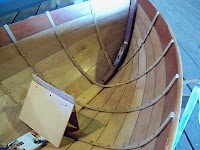 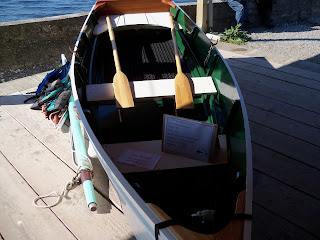 Cama Beach was a 1930's era salmon fishing resort.  The historic fishing resort was a favorite summer getaway for families for more than 50 years.  A fleet of 40 or so boats was stored in the large boathouse after the building was completed around 1950, available for rental starting at $1.50/day. Cama Beach had the largest boat livery of the many resorts on Camano Island.  There were 8 different boat designs, built by a local shipwright who created simple functional lines, cedar planking with iron fittings and galvanized steel nails. By 1955, 14 rowboats, 24 kicker boats, and 4 inboards were available for recreation and fishing. 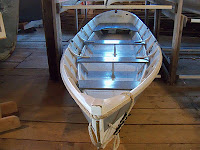 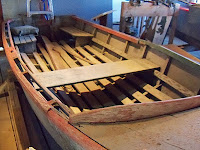 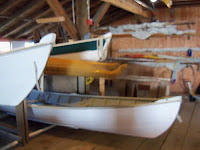 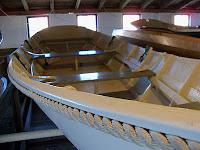 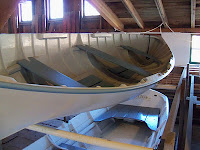 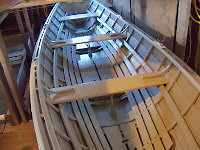 Under construction were these cedar strip canoes, built using a technique I had never seen before. 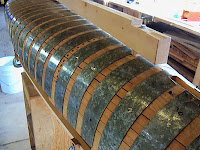 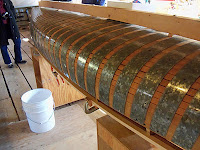 Many other boats on display, including some ever popular pelicans. 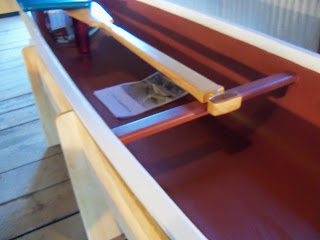 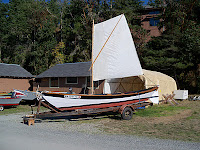 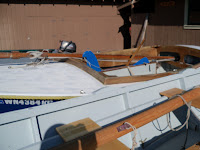 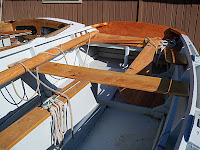 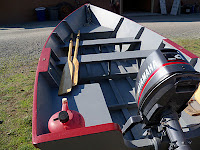 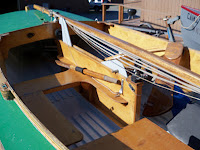 After the show, the run back to the boat launch was even quicker than the trip up. After retrieving the boats, we all headed out for pizza and beers. What better way to end such a wonderful day?
Posted by Joel Bergen at 11:55 PM No comments: