But alas, Nature calls.  Fortunately this campsite had restrooms. Better take advantage of them (who knows when the next opportunity will be?)

On the way back, it was clear we could do with a campfire on this cold morning.  Steve was up so we started one and made some breakfast.  The team soon gathered. 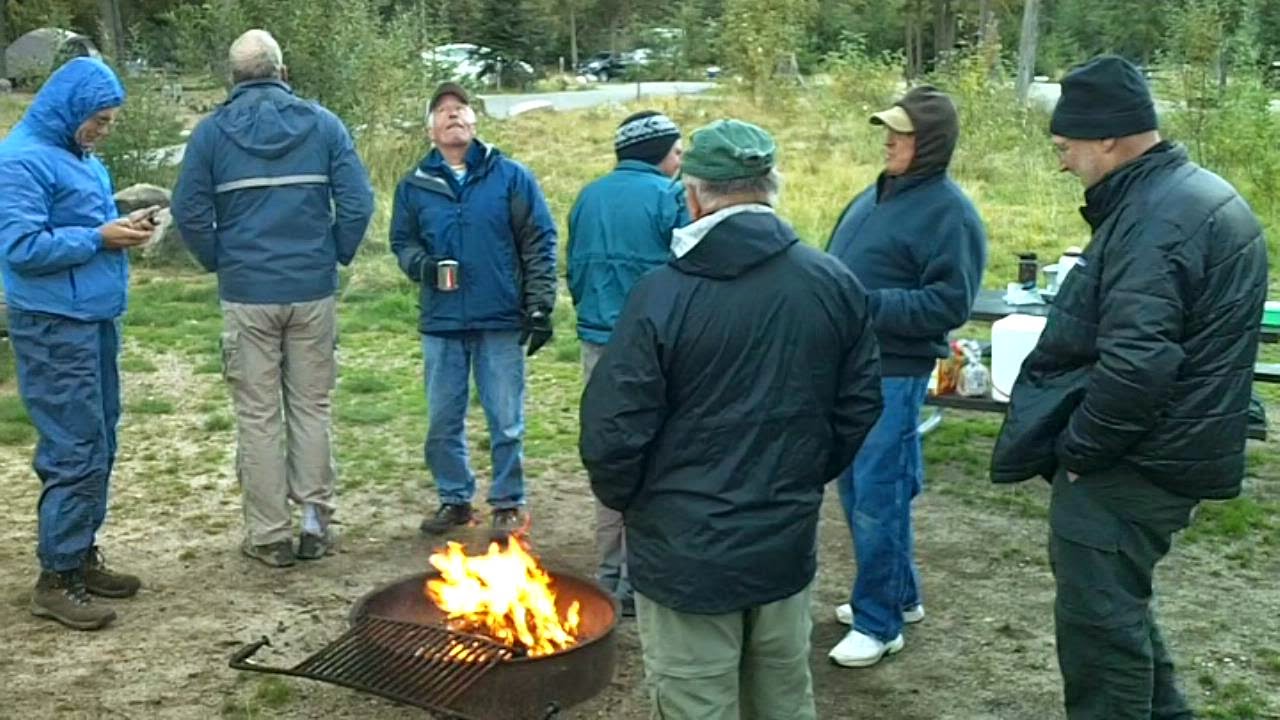 But, Dan warned, the weather forecast called for conditions much like the ones that kicked our butts yesterday.  After some discussion, we decided to make for the north shore of Bartoo Island instead, stopping at Kalispell Island for lunch along the way.

We broke camp, loaded the boats, and departed.  Steve opted to join Dennis aboard his Scram Pram. There was no wind at all when we left, so we motored at first.  As we entered the main part of the lake a gentle breeze appeared and we killed the motors.

Ellie was doing very well in the light breeze, slowly but gradually pulling ahead of the group.  I soon found myself all alone, in one of those rare Zen-like moments when there is absolutely no man-made sound.  Only the delicate gurgle of the water trickling past the hull, the slightest whisper of the gentle breeze, and the barely perceptible creak of Ellie's wooden masts against her leather partners. I tried to remember the last time I was truly "away from it all", or if that was even possible?

Up ahead was Kalispell Island.  My handheld VHF radio crackled to life, bringing my moment of Zen to an abrupt end.  It was Dan, asking me to look for a patch of beach suitable for our lunch stop.  The first patch I saw was rocky and too small, but just past it was a longer beach, complete with a picnic table.  I beached Ellie there and waited for the rest of the group to arrive. 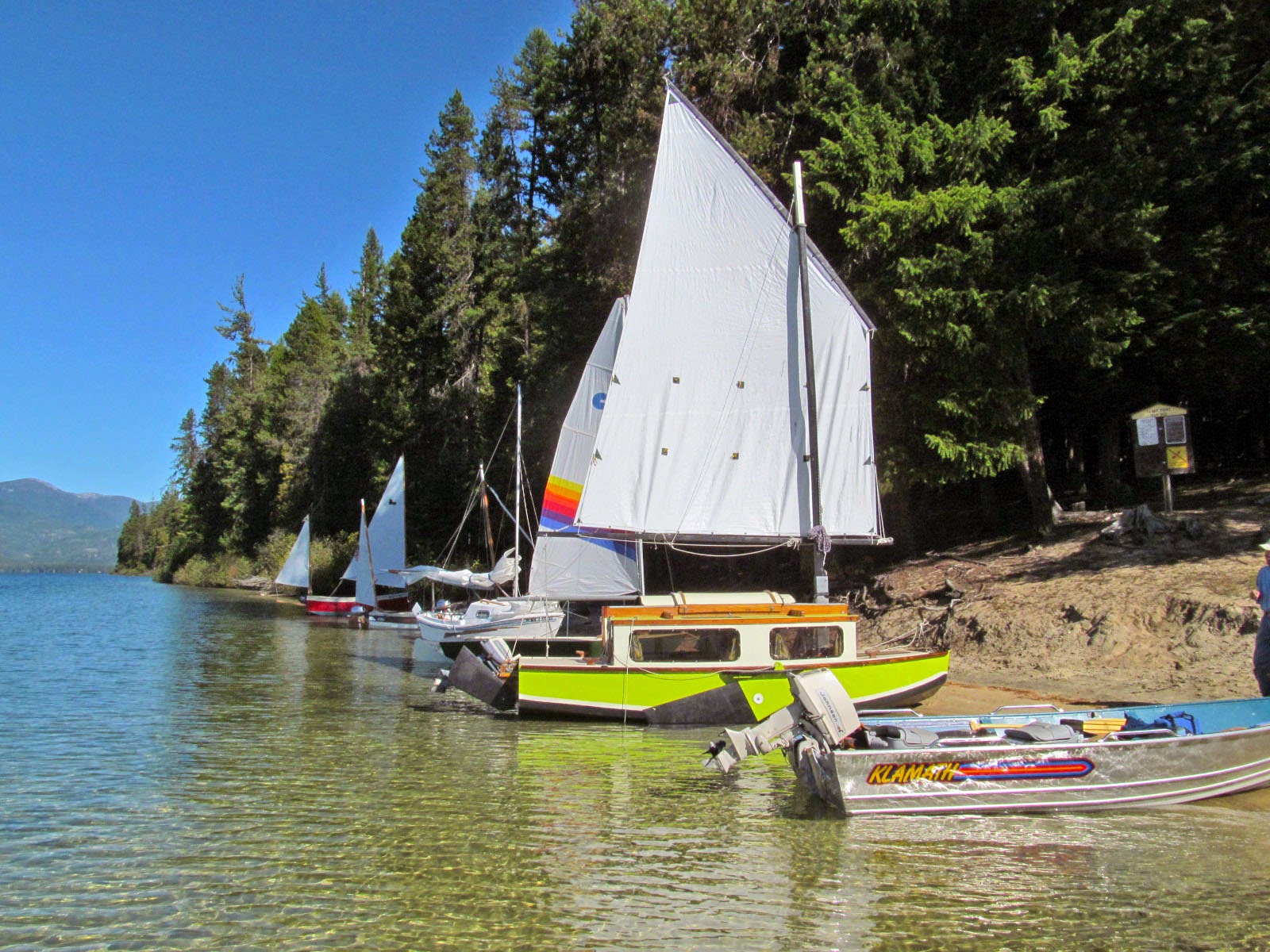 By this time I'd grown quite fond of these sandy beaches!  Kalispell had an abundance of firewood so we gathered a bit and loaded it into Dan's plastic kayak, knowing it would be another cold night at Bartoo. Soon after, we departed for another lazy sail to Bartoo, a largely uninhabited island with primitive campsites - no potable water or toilets are available.  The wind gradually weakened, and finally stopped altogether, forcing us to motor the rest of the way. 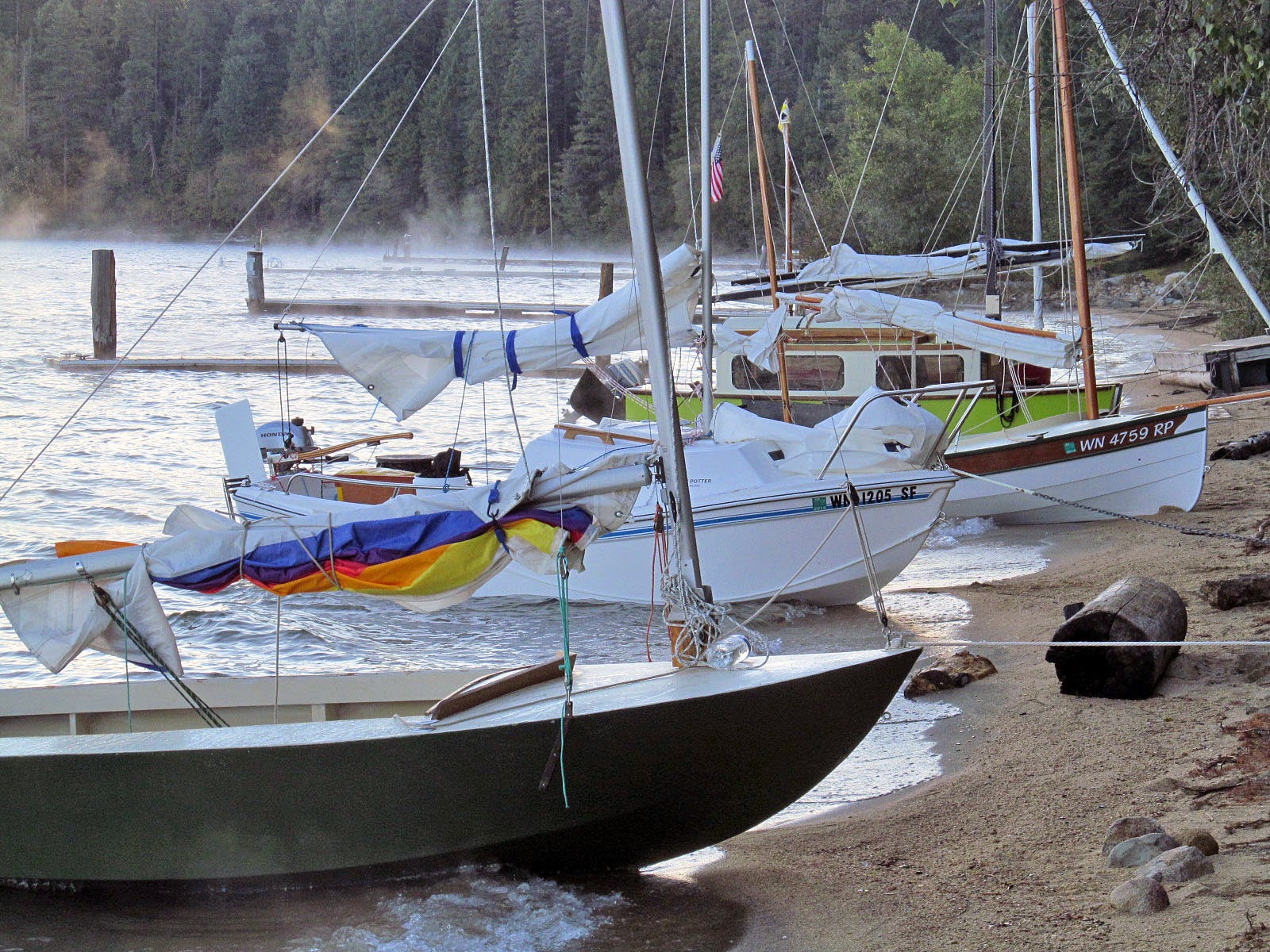 We set up camp in a long line near the beach, and then began cooking dinner.  The wind finally started to blow, gradually growing stronger and stronger as the evening wore on.  Then I saw Steve walking towards me.

“I just talked to a camper who came over from the other side of the island.", said Steve. "He said they saw a bear."

Later that evening, just before crawling into my tent, I carefully packed away my food, eliminating anything with a scent.

At 2:30 am, I awoke with a start. Someone in camp was frantically blasting an air horn.
Oh shit.

There must be a bear in the camp!  What should I do?  Stay in my tent where I'm safe?  Safe??  Behind a thin layer of rip-stop nylon?  I could see the flickering of flashlight beams glowing outside my tent, and could hear some alarmed voices, but I couldn't make out what they were saying.   I heard the air horn blast again.  Two short bursts followed by one long one.  I laid there, listening carefully.  The voices were more calm now, sounding like normal conversation.  I listened for a long time.  There were no more horn blasts and all the conversations went away.  I peeked out of my tent flap.  Nobody there - they'd all gone back to sleep, and so did I.

Next morning, I learned what had happened.  The wind had grown strong enough to break Ellie loose from the beach and she had drifted over to Dennis's Scram Pram, rubbing against her hull.  Dan, anchored a short distance offshore, had discovered this during the night and sounded the alarm to alert us to move the boats apart.  The two boats exchanged a little paint and suffered some minor scratches. 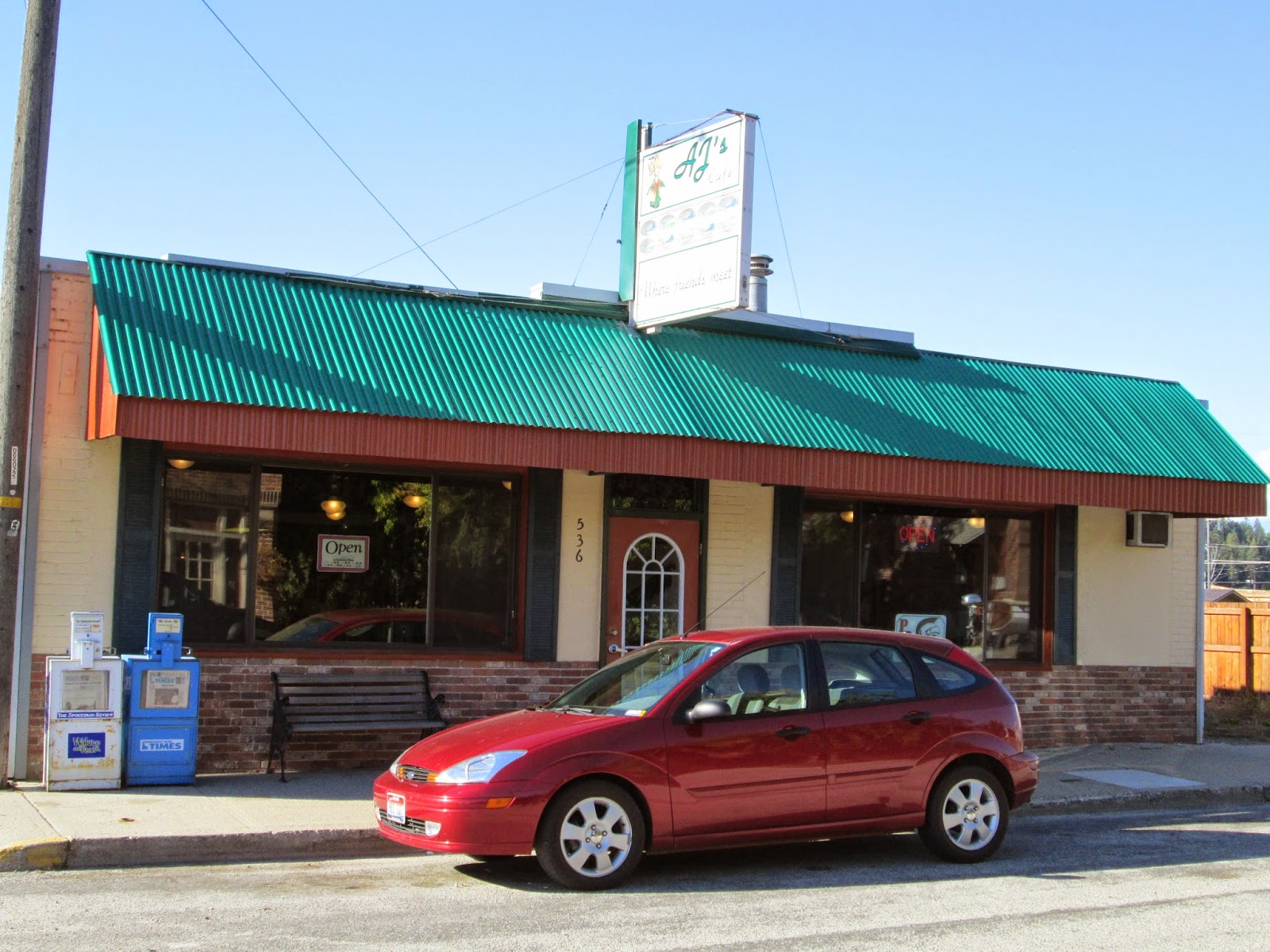 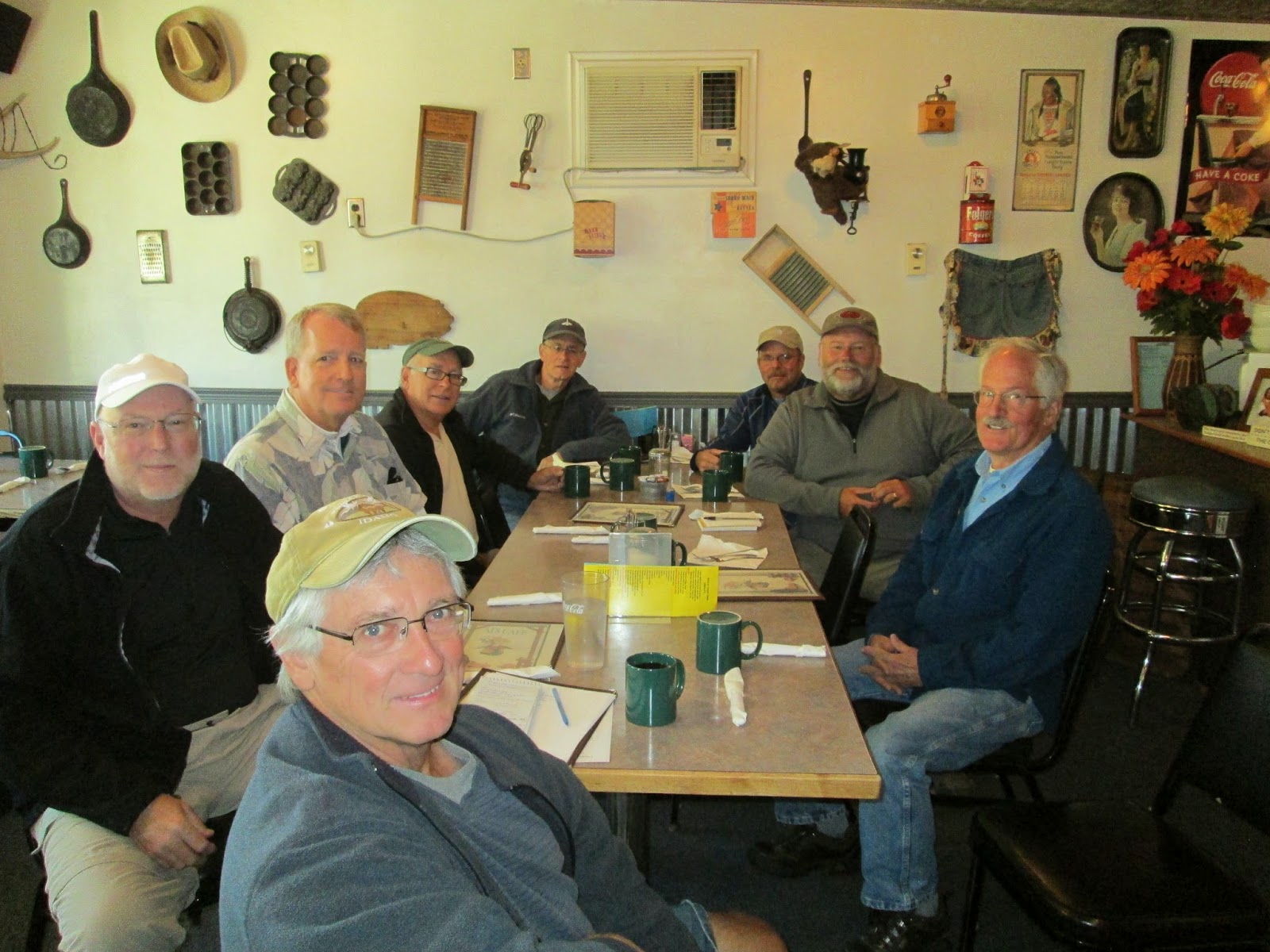 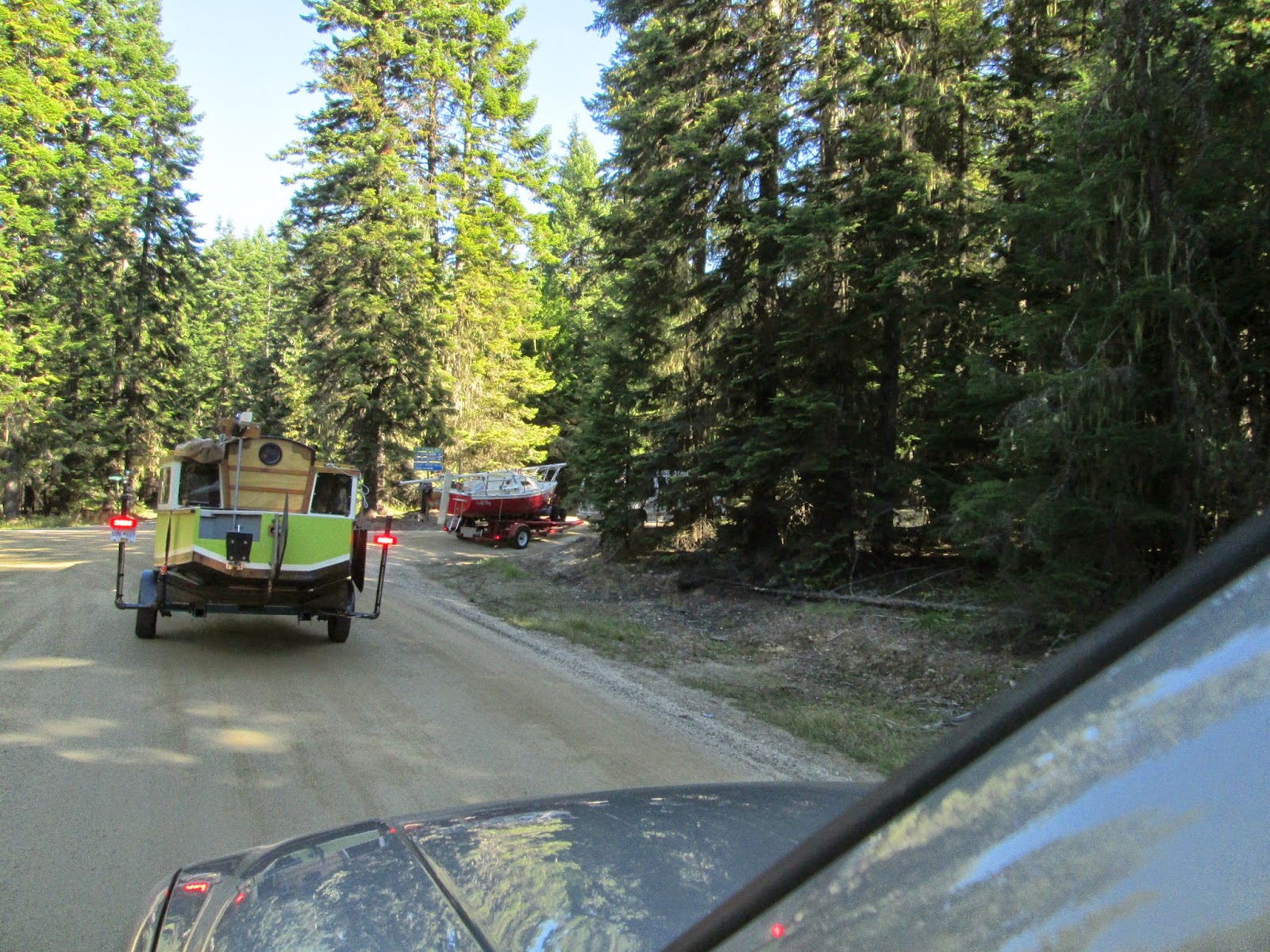 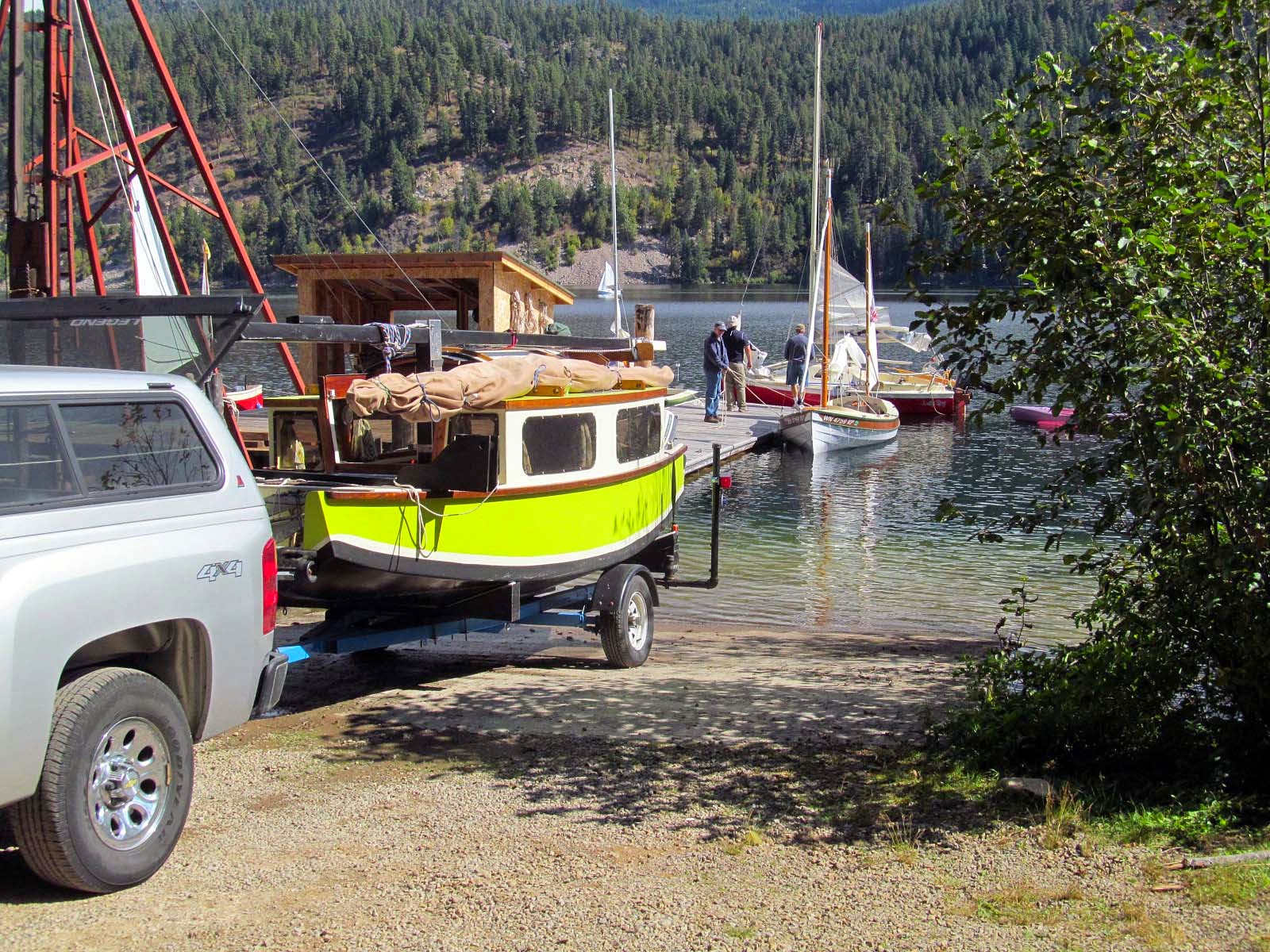 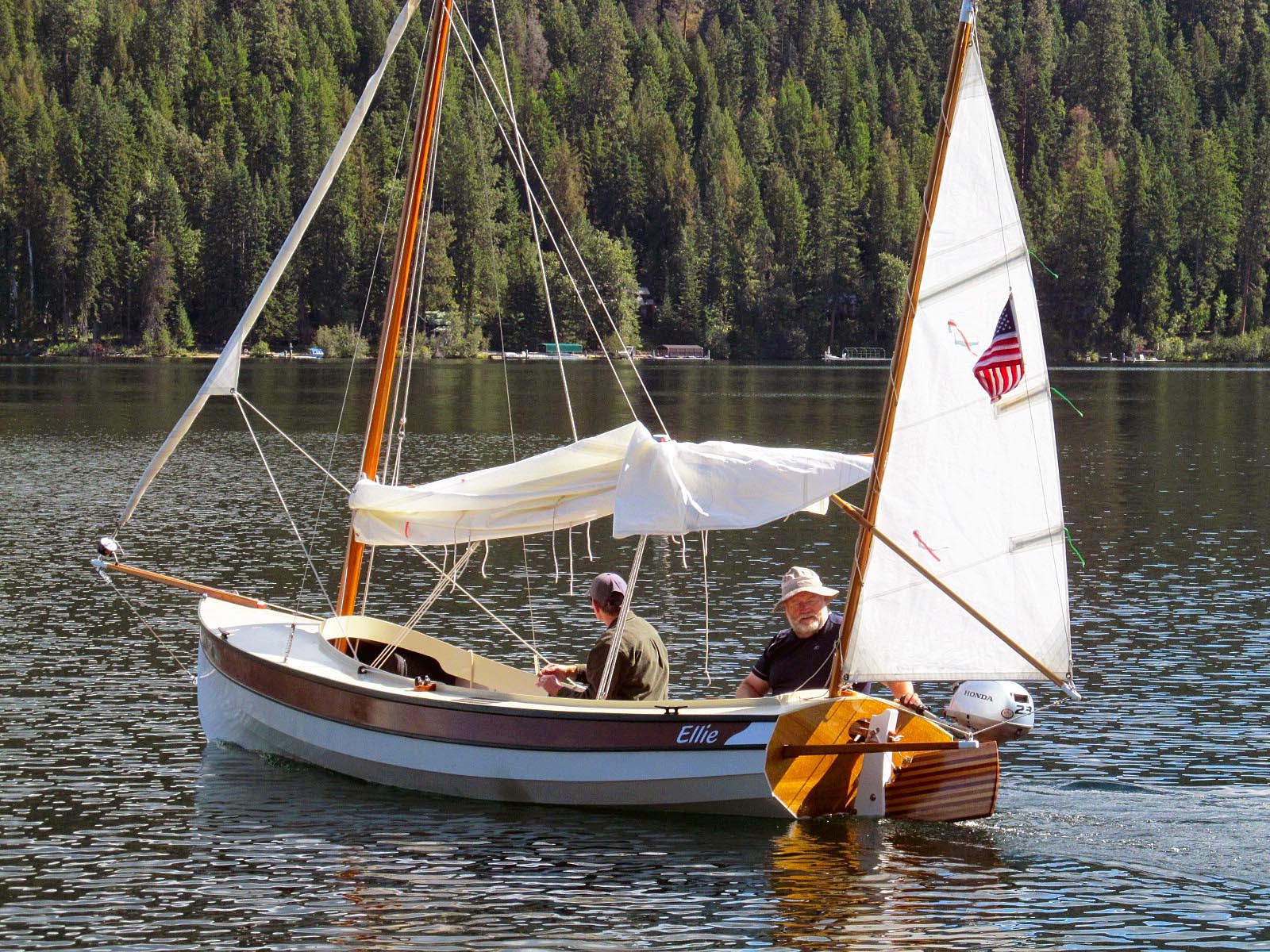 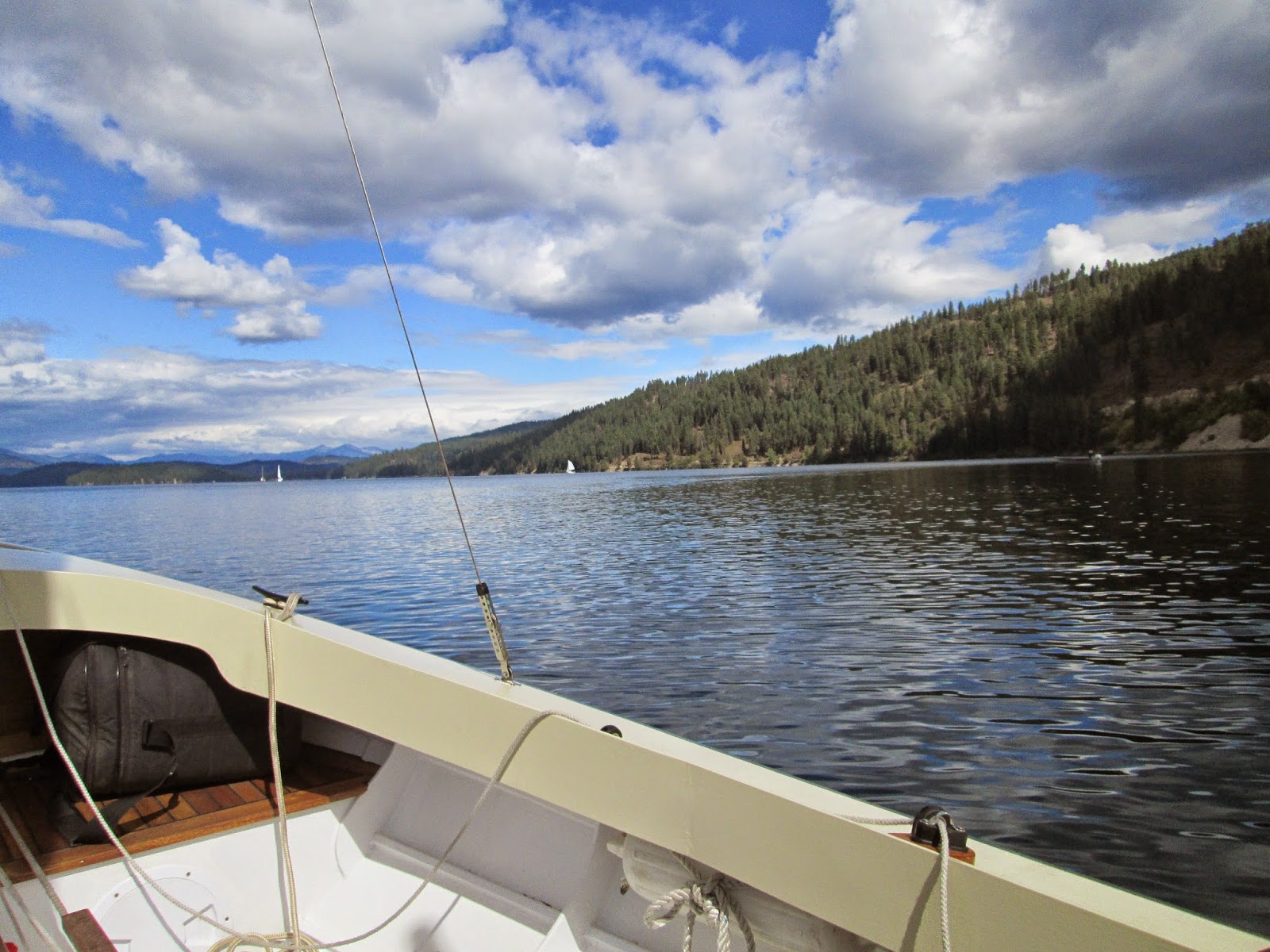 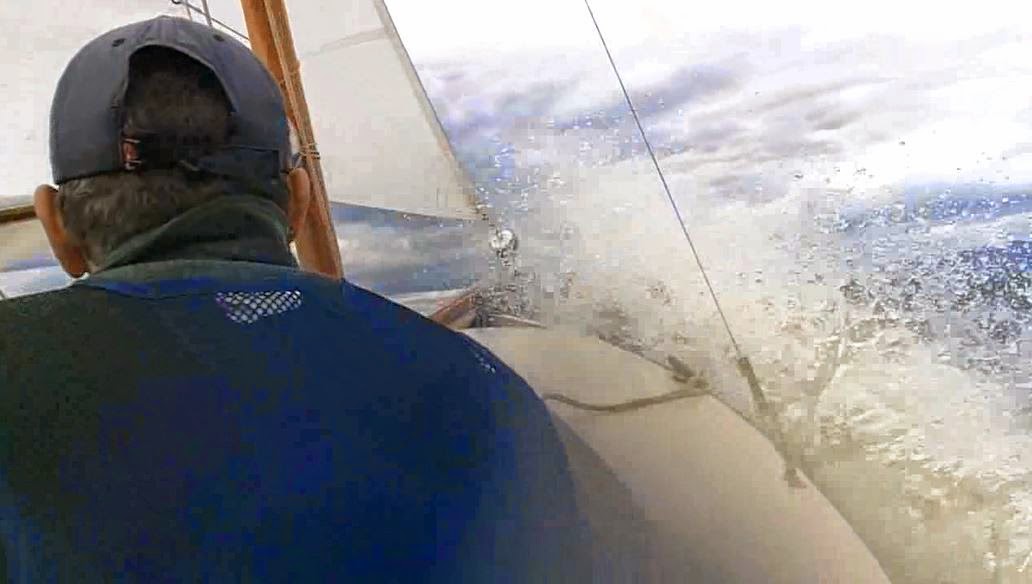 
“I just talked to a camper who came over from the other side of the island.", said Steve. "He said they saw a bear"
“Grizzly or black?”, I asked.
“They weren’t sure.”
Later that evening, just before crawling into my tent, I carefully packed away my food, eliminating anything with a scent.
At 2:30 am, I awoke with a start. Someone in camp was frantically blasting an air horn. Oh shit.


It all began on Sept 9, 2014.  Joining Ellie and I was Steve Lansdowne from Austin, TX.  Steve, who manages the Events Calendar for Duckworks Magazine, was here to visit friends and relatives, attend the Port Townsend Wooden Boat Festival, join me as a crew member for this messabout, and then return home for Sail Oklahoma.  Quite the schedule! 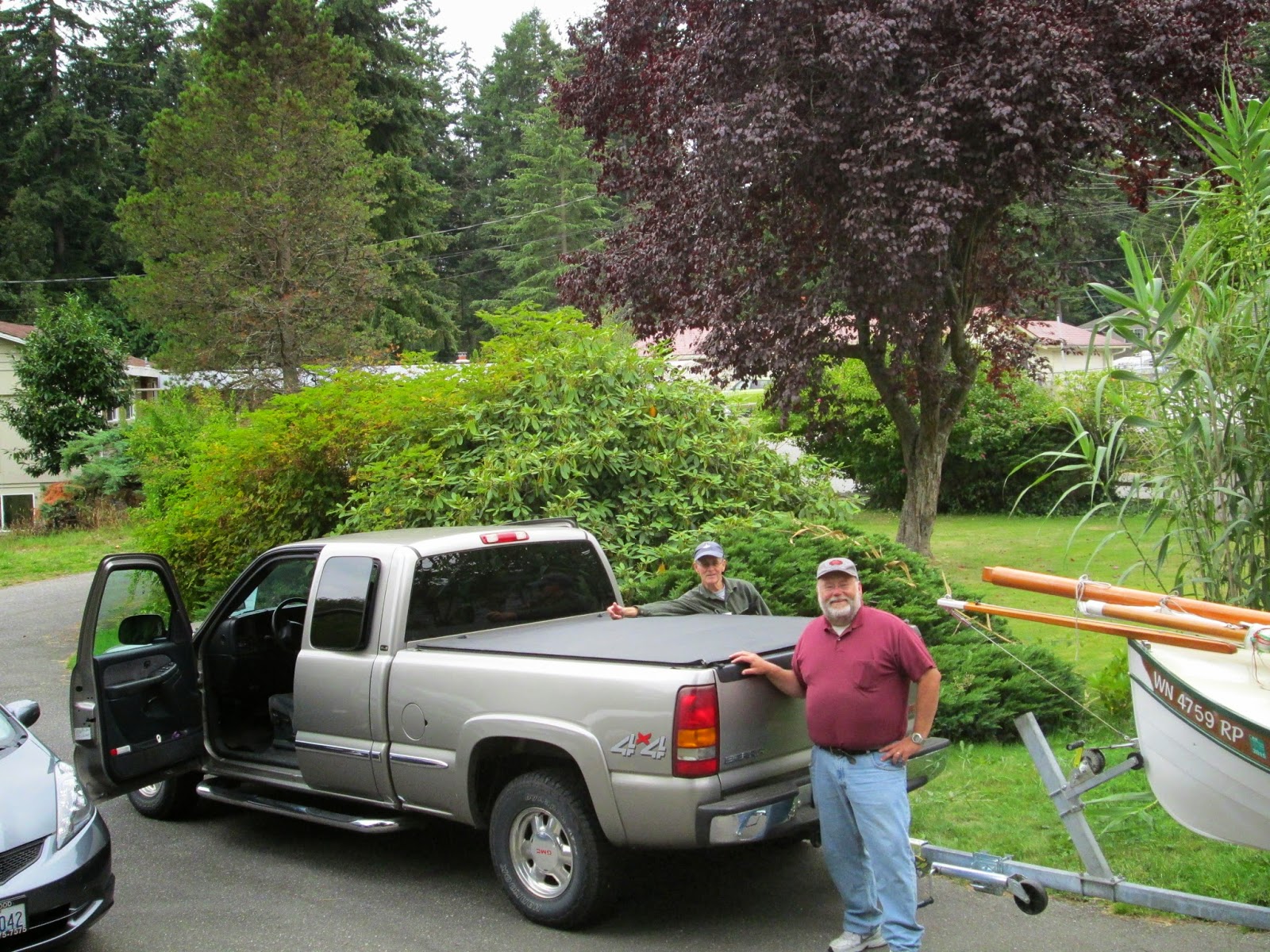 We packed the back of the truck with a weeks' provisions and set off for Newport, WA.  We decided to take the scenic route, Highway 2 instead of Interstate 90.  This added an hour to the trip but was well worth it for the scenery. 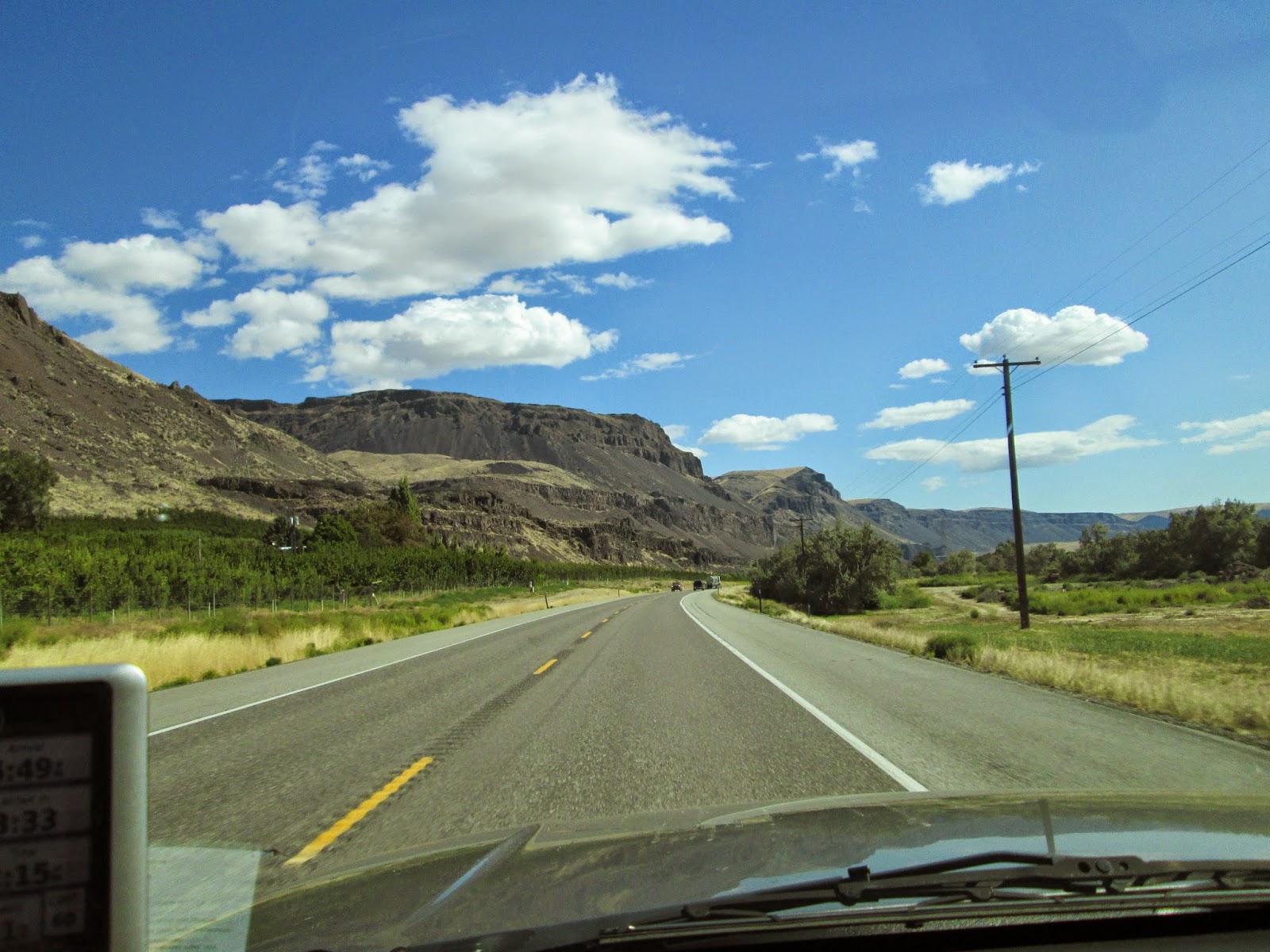 No trip to Eastern Wa on Hwy 2 is complete without a stop in Leavenworth, a charming Bavarian village in the Cascade Mountain foothills.  Our lunch stop included some outstanding brats and beer, along with some sightseeing.  Leavenworth is gorgeous in the winter, and of course it's the place to be during Octoberfest. 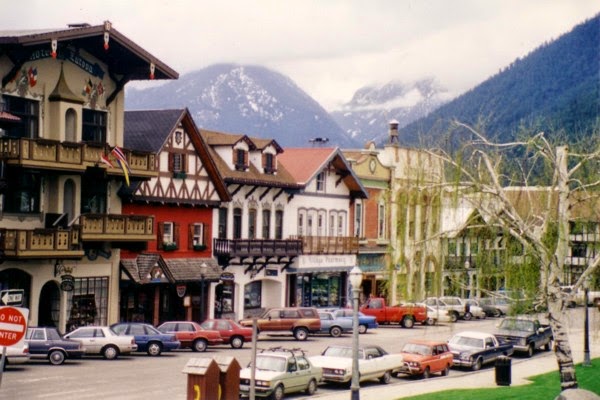 We arrived at our destination, Little Diamond campground, and were soon joined by Tom Gale from Port Townsend with his Bolger Old Shoe.  We set up camp, as it was getting late and it gets dark quickly in this remote area of Eastern Washington.  Next stop: the 8:00 am crew meeting at AJ's cafe in Priest River, Idaho. 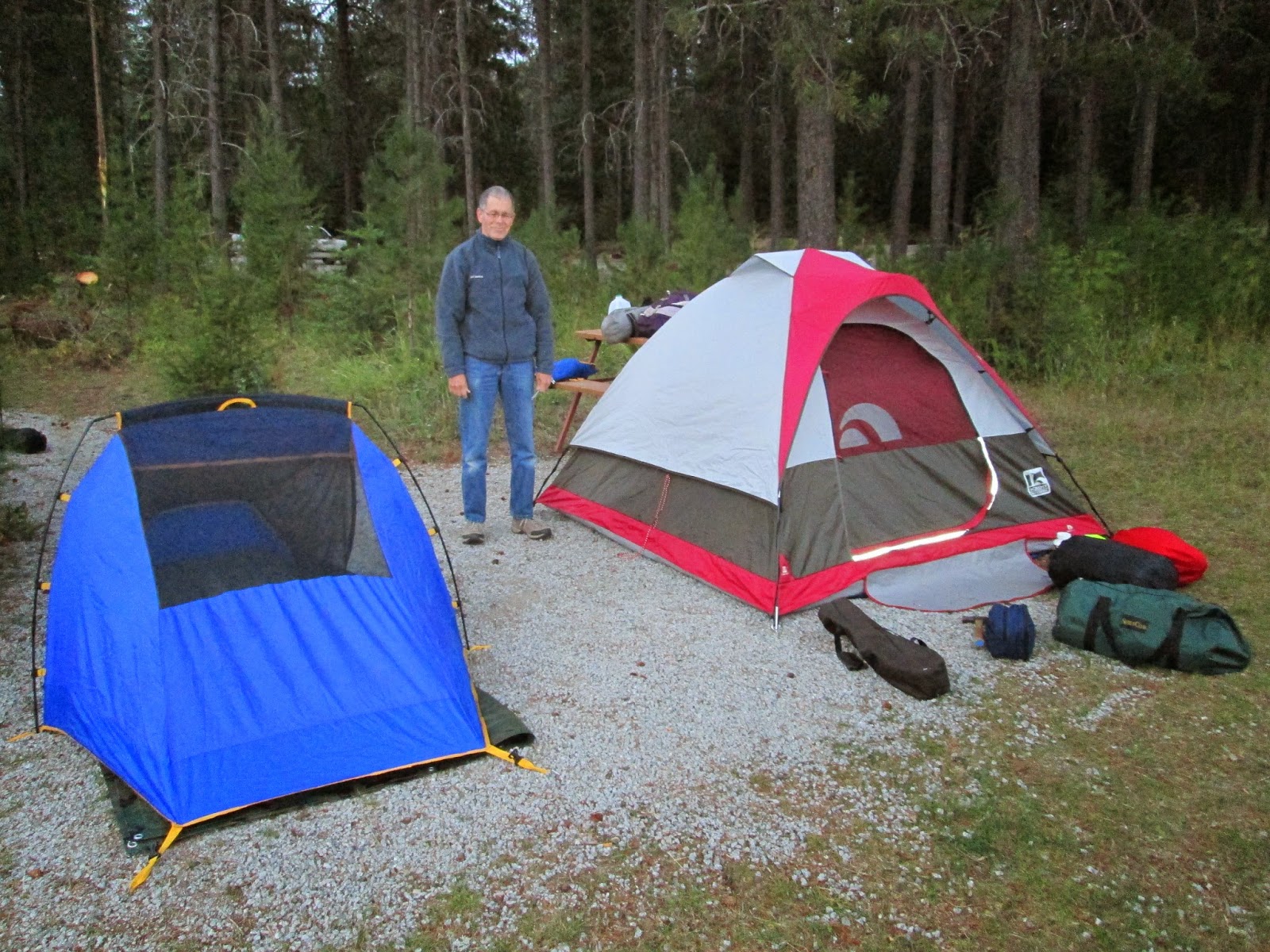 Posted by Joel Bergen at 1:16 PM No comments:

The Port Townsend Wooden Boat Festival was fantastic.  My wife and I had a terrific time seeing all our old friends again and meeting so many new ones this year.  Here is a short video compilation that I made with just a few of the many sights I was able to capture when I was able to sneak away from displaying Ellie.

We're all packed and ready to go - to The Port Townsend Wooden Boat Festival!  Ellie will be on display again this year.  We missed going last year because my daughter had her wedding that weekend (I know, what was she thinking LOL!).  Needless to day, I'm excited now that it's been two years since I've attended.  If you're going to be there, please drop by and say hello.

After the festival, Ellie and I are headed to Idaho and Eastern Washington for the EWMM.  Joining us will be our special guest and crewmember Steve Lansdowne.  Steve manages the Events Calendar for  Duckworks magazine.  He has also been selected to be our bear coordinator.  :-D

There will be lots to write about when we return.  I hope you're all having a great summer.
Posted by Joel Bergen at 3:15 PM 1 comment: