The area between bulkheads 1 and 2 is a dry locker, accessible through two removable hatches located in bulkhead 2 right above the front seat. This dry locker also doubles as an air chamber for flotation, so the hatches need to be as watertight as possible. My goal was to make the hatch covers as large as possible and to develop a latch that would secure the hatch covers tightly but still enable them to be removed easily. This is what I came up with: 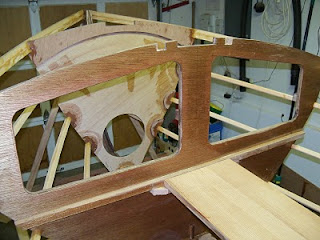 The hatch openings each measure 420 x 265, which is big enough to stick your head and an arm through.
The hatch covers were made from the pieces cut out to make the access hole, with a 40mm frame piece glued on. The forward face of this frame will have a rubber seal made of weatherstripping applied. 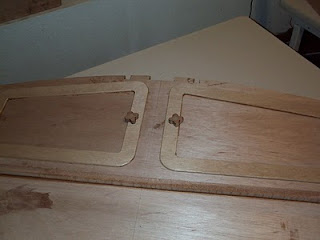 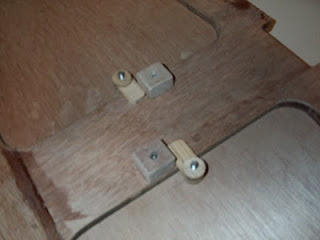